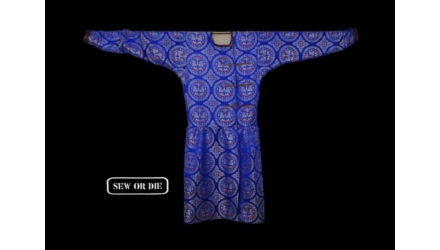 Sonya Shasunova, a Russian textile restaurateur, sewer and administrator of SEW OR DIE. She made really exceptional sewing projects, we would like to introduce one of her work: a 100% hand sewed silk caftan. The project was made by the request of Ferenc Tavasz from Hungary.

SONYA’S DESCRIPTION ABOUT THE WORK:

One of the most famous products of the early medieval Alanic costumes is the so-called “Kaftan of the Leader”. Despite of a number of publications on this caftan, the opportunity to perform a qualitative reconstruction appeared thanks to the scheme provided by our Hungarian comrades.

I would like to draw attention to the specific and very deep dredging on the front part of the hem of the caftan, as well as fixing a slight prism in the waist. The growth and size of the customer allowed to repeat the product very closely to the proportions of the original caftan. Unsaved sleeves were made similar to other caftans. The length of the sleeve significantly covers the length of the arm and fits into the assembly on the wrist when worn. In view of the fact that the product turned out to be quite heavy, it was decided to replace the covered buttons on the leash from the fabric with bronze buttons, regularly found in the museum collections of the North Caucasus.

The linen lining of silk caftans is periodically found in the finds and is mentioned both in the publications of Olga Orfinskaya, and in A. A. Jerusalemskaja. Silk loop from the collection of the Stavropol Museum. 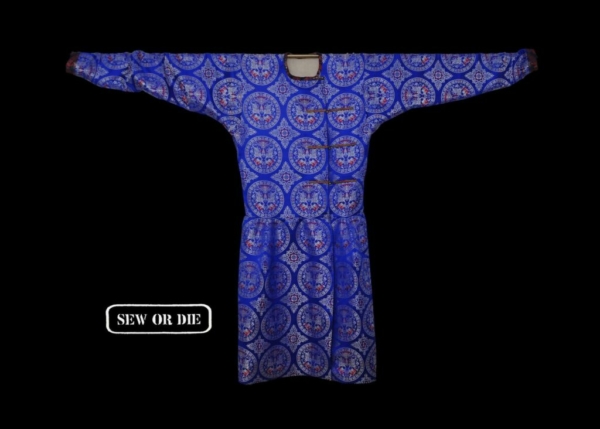 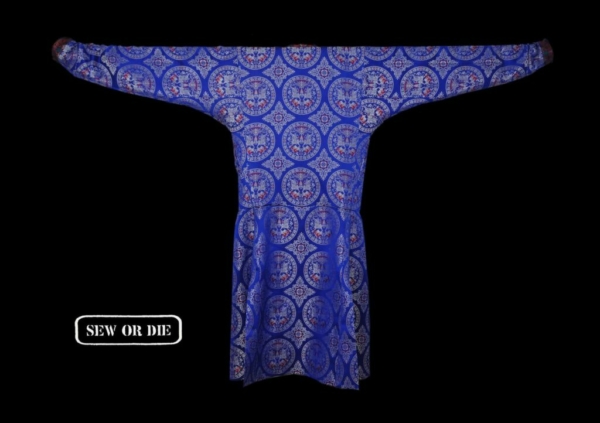 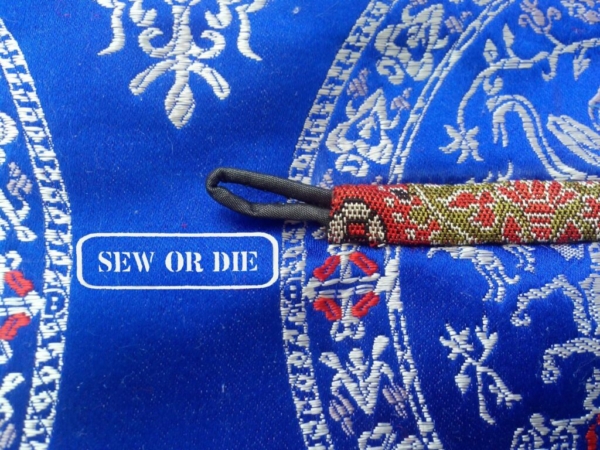 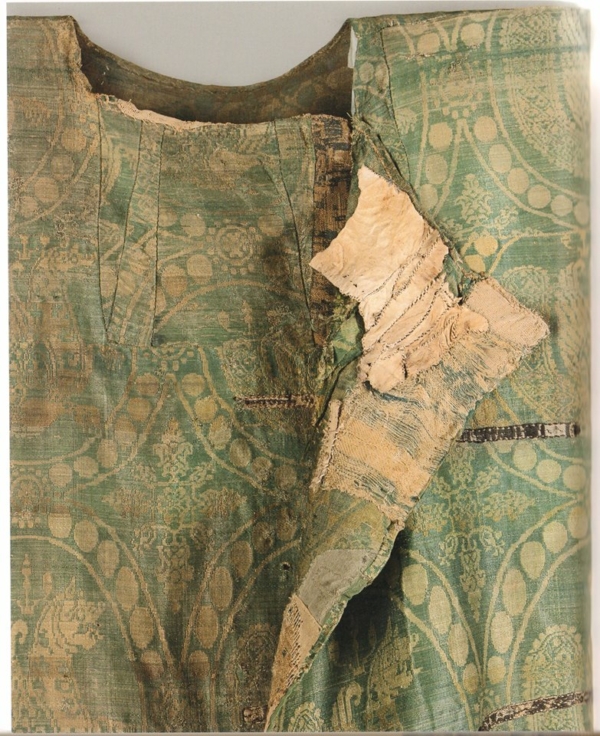 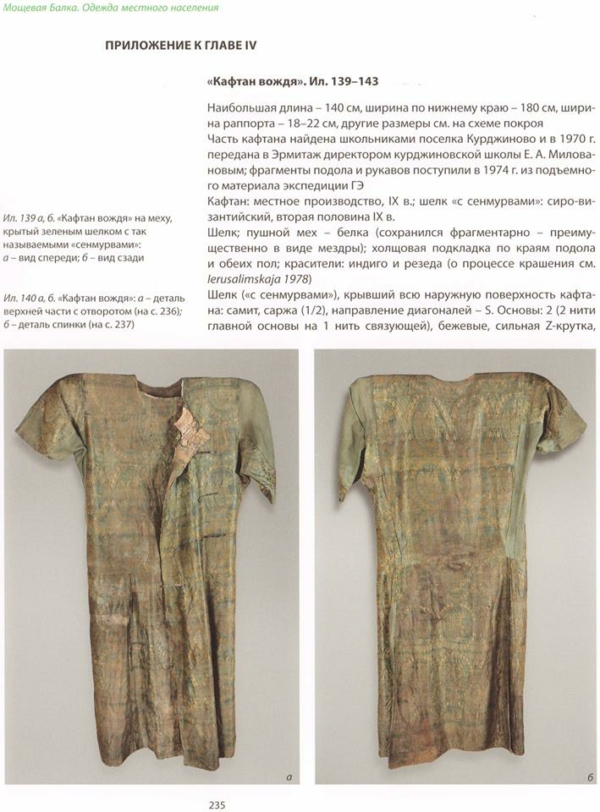 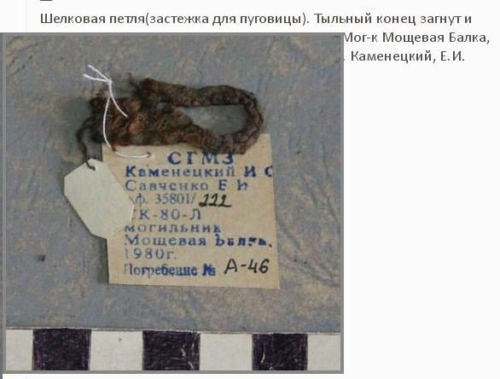