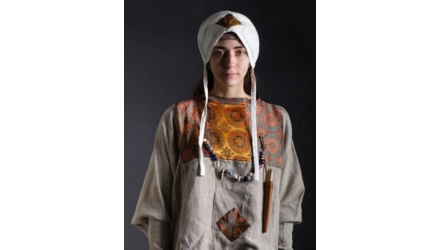 On the Early Medieval reenactment artifacts from Moshchevaya Balka (MB) is a common reference point. For nomadic culture impression, many reenactors use the numerous clothings what preserved in this famous archeological site. In this article, we would like to present an outstanding work among the MB reconstructions: Alya Burzueva’s gear from Russia.

Because of the lack of organic material artifacts, it is an extraordinary case in the world of living history that one can use everything from one specific site for a complete gear reconstruction. But Alya managed to complete this goal.

There are more than one examples from MB for the tight leggings and shoes for this pattern. 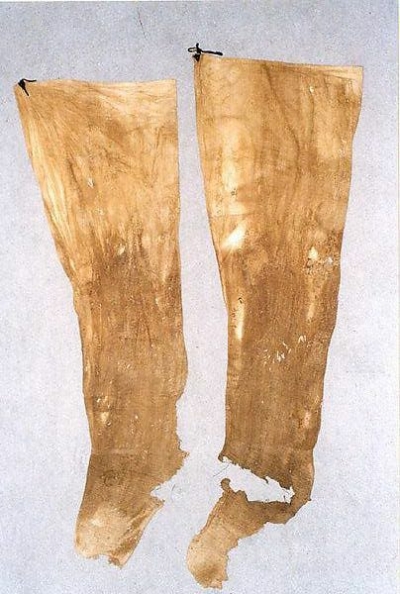 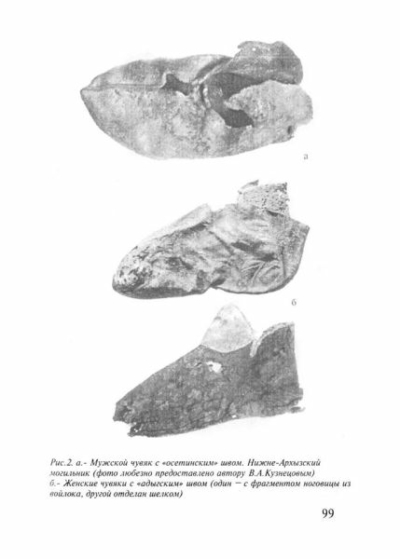 The shirt could be an unusual shaped loose pattern, but again we have several examples of such from MB and from Late Antiquity period as well. 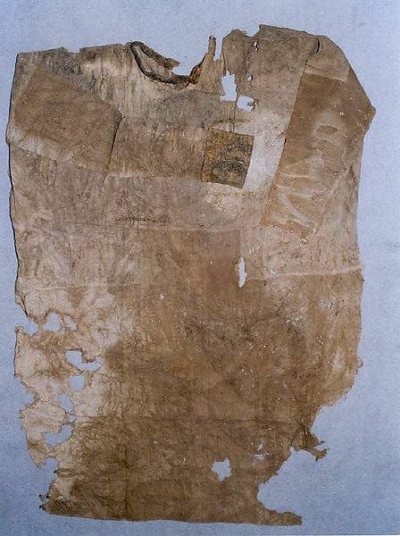 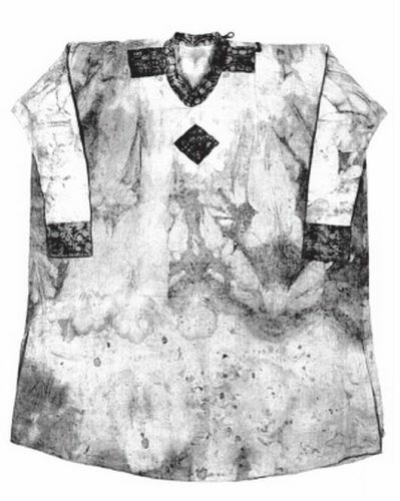 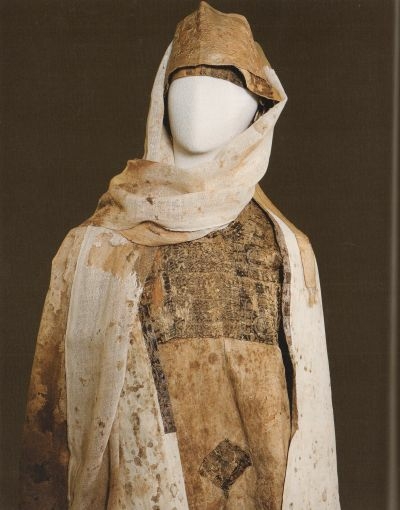 For the silk decoration of the shirt, Alya used the Yellow Geomethrical Moshchevaya Balka silk. 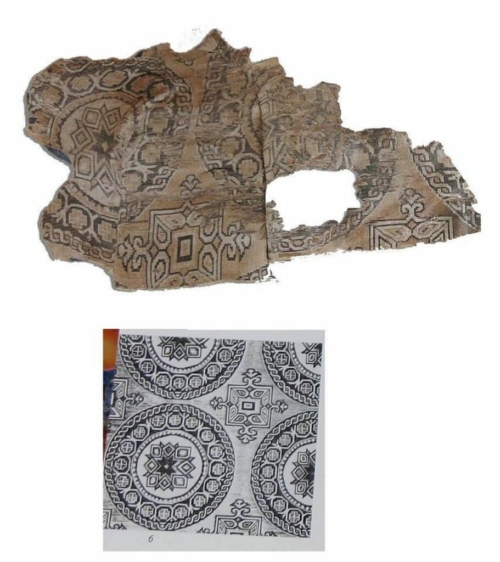 The use of the reverse side of the silks is also a good option, what has historical base as well. 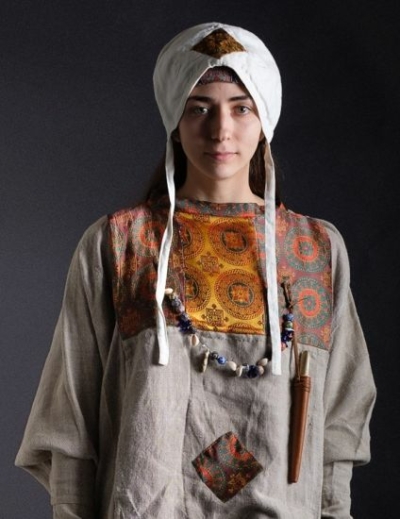 Suspension of objects and necklace to cloth as it preserved in MB. 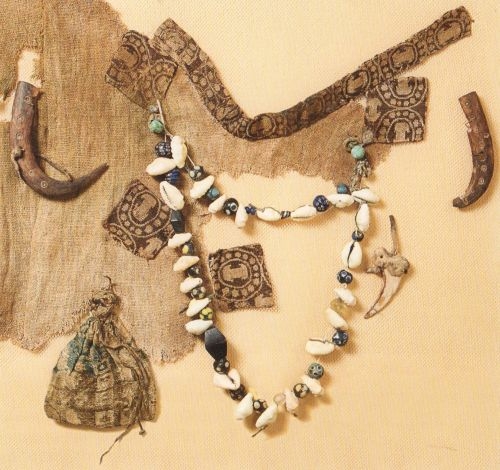 The basic headdress is a nice and unique piece from MB. 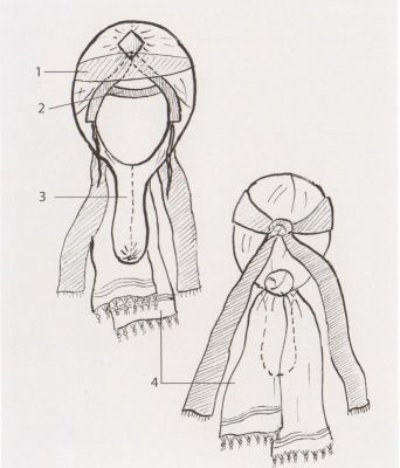 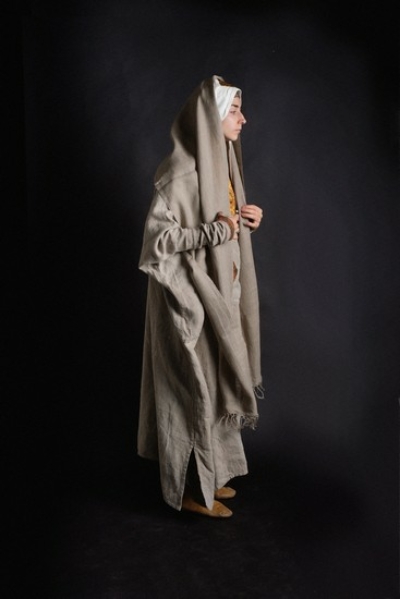 On top of that there is an overcoat from linen, decorated with Red Double-axe patterned silk, with fur lining. Such as the original. 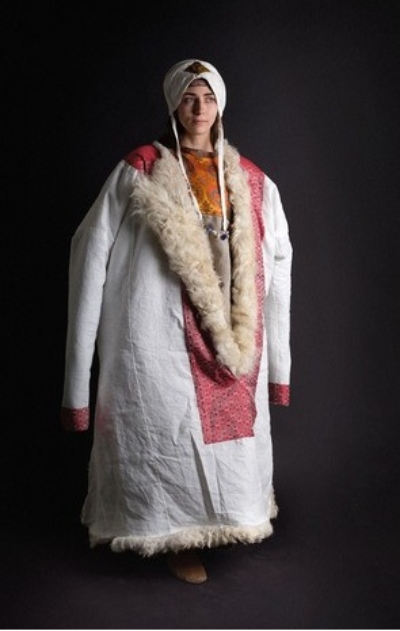 Fur lining was frequent among the nomads. From MB we have numerous examples of this. Such as the senmurv silk caftan, what was lined with squirrel fur. 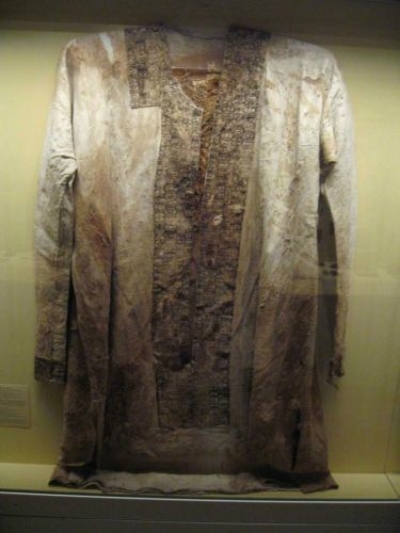 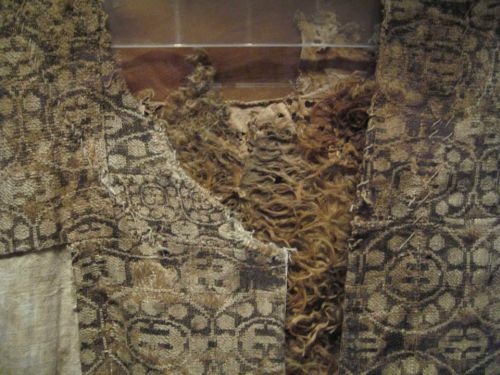 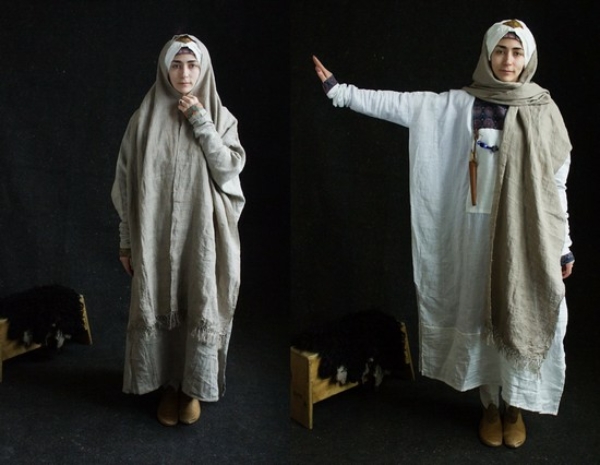 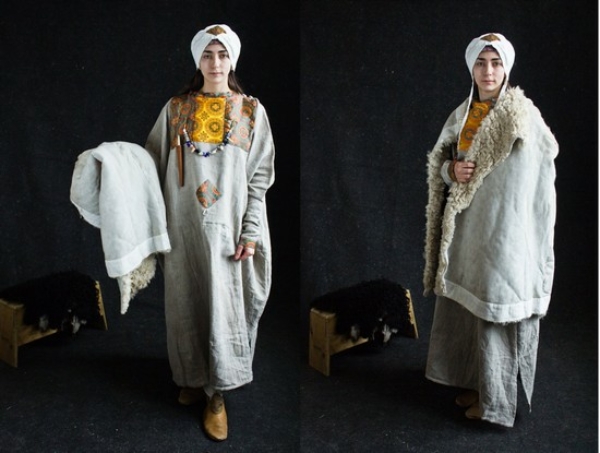 The sewing of the project was done by Alya Burzeva and Mikhail Starikov from Old Craft weaving workshop. Photos made by Katerina Katonik.

Other sources for pictures: