Silk in the Early Medieval IV. – What was silk used for? 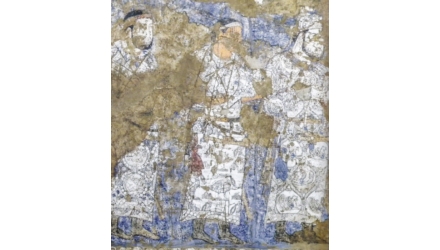 The most obvious way, what we can observe in grave finds, pictorial and written sources, that silk was used for making clothes. Full silk clothes from one kind, or combining different patterns to make it full silk. Often the lining is from silk in these. 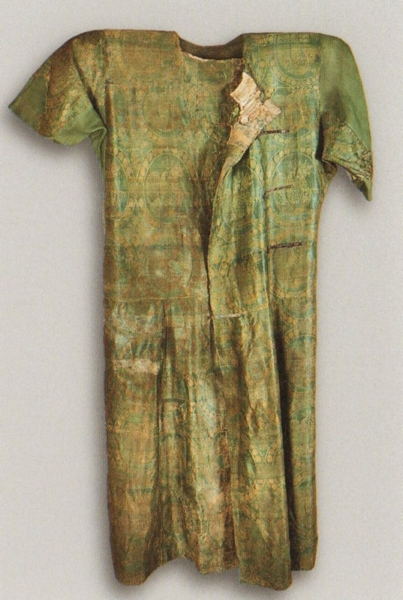 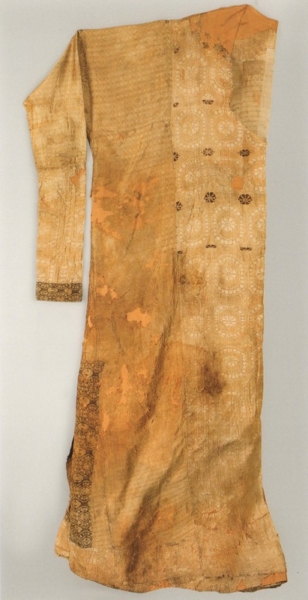 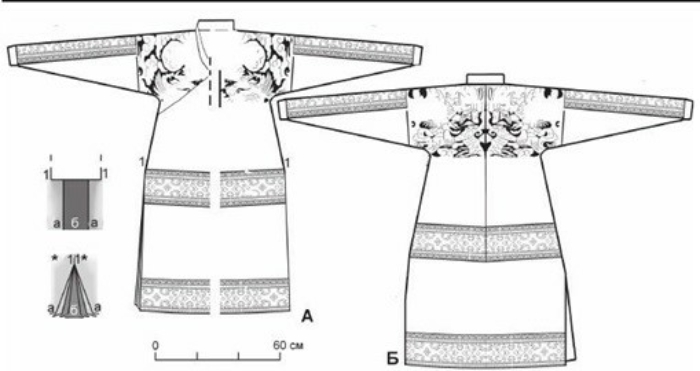 Secondary use is to decorate clothes from other materials (linen, wool) with it. Used as narrow strips, lining borders, or strips for buttons. Or cutting out rectangular pieces and sewing it to clothes like in Moshchevaya Balka, Oseberg, Staraja Ladoga, Gnezdovo or Birka. 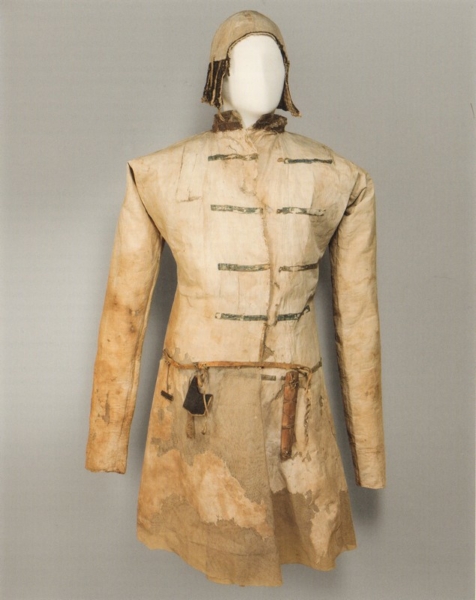 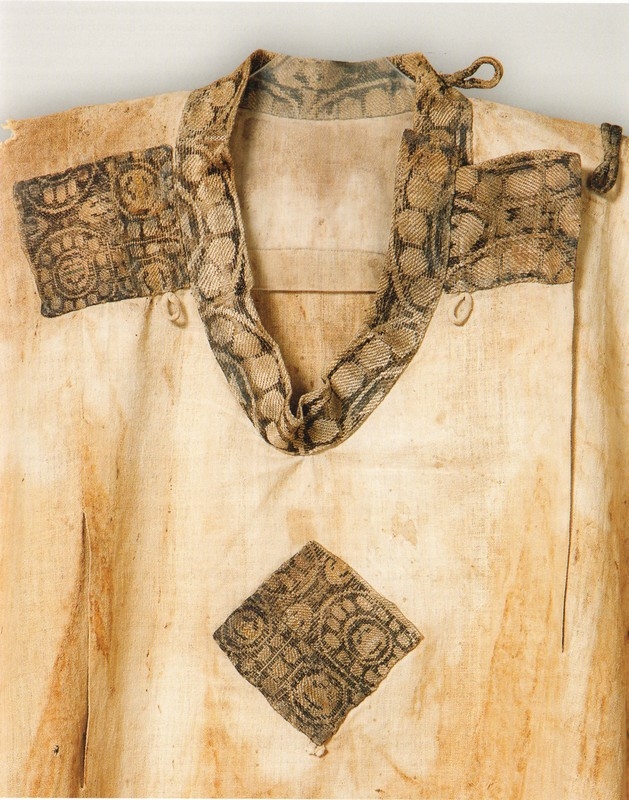 Different kind of caps are also made from silk covering. We know a bunch of them from Moshchevaya Balka, and do not forget about the brocade cap, what Ibn Fadlan describes in connection with the Rus merchant leader’s burial. 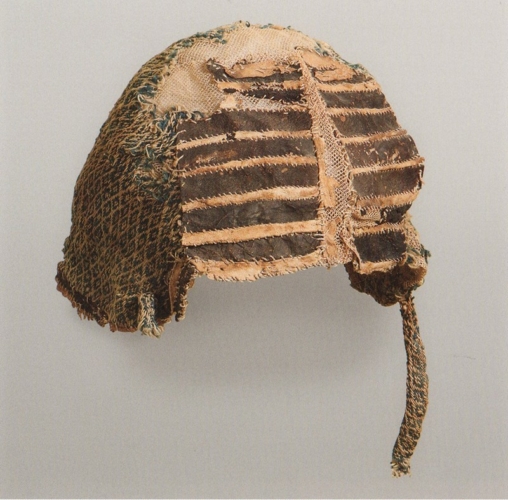 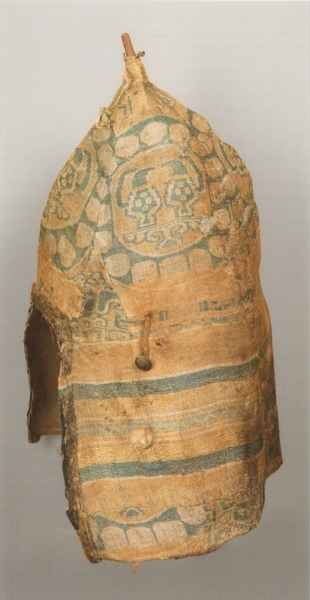 Besides caftans and caps, we know pants and leggings from silk as well. 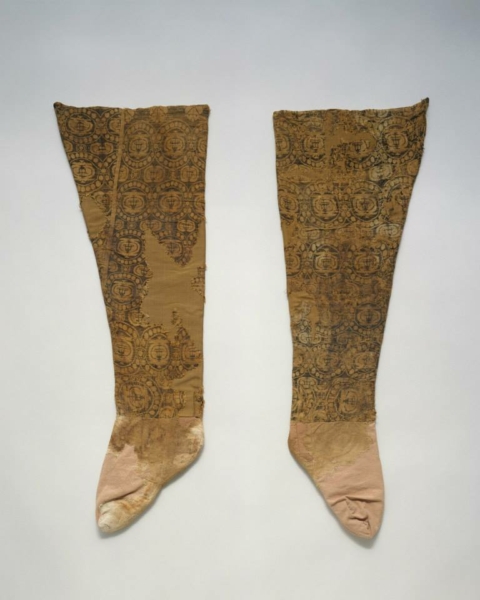 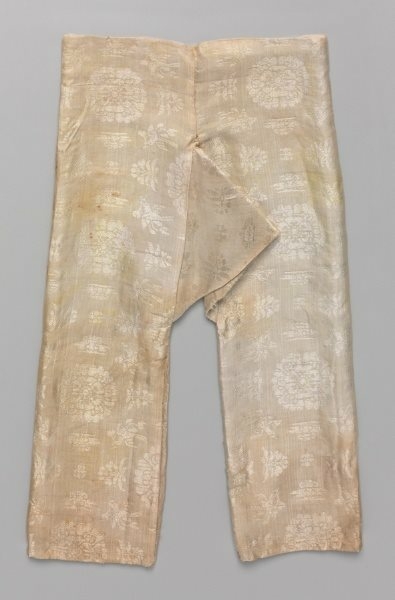 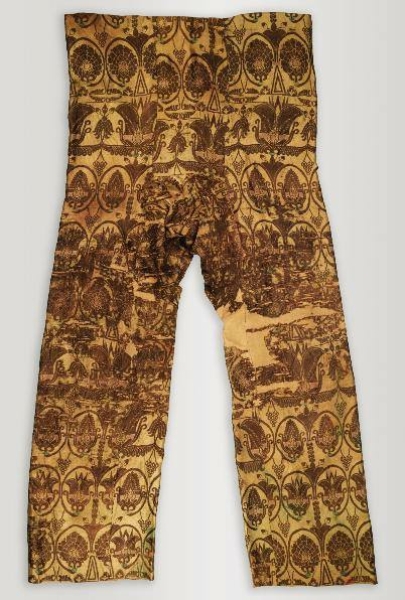 Boots and shoes are frequently decorated with silk. The Chassaut boot had silk borders on the knee part, and we have evidence from silk bordered shoes from Moshchevaya Balka. 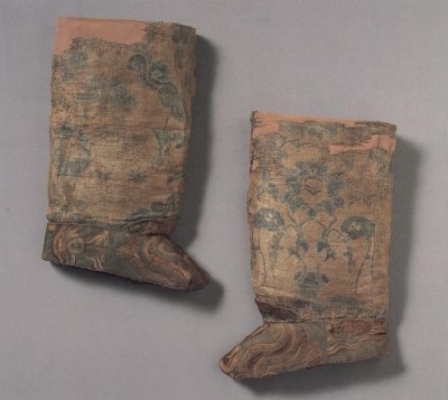 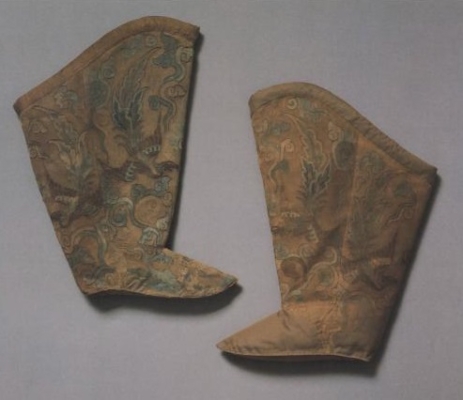 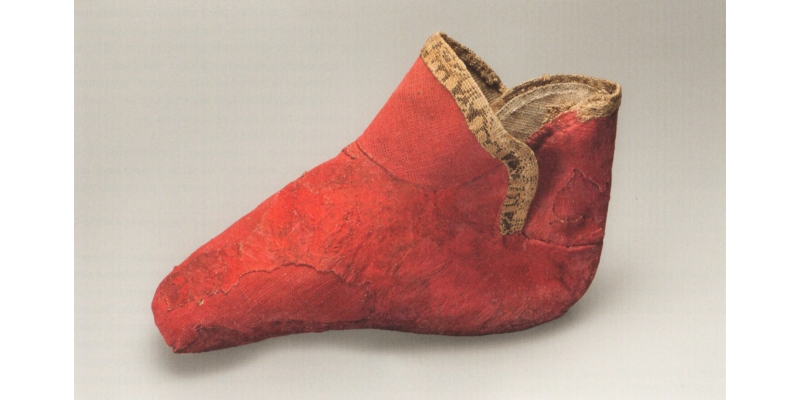 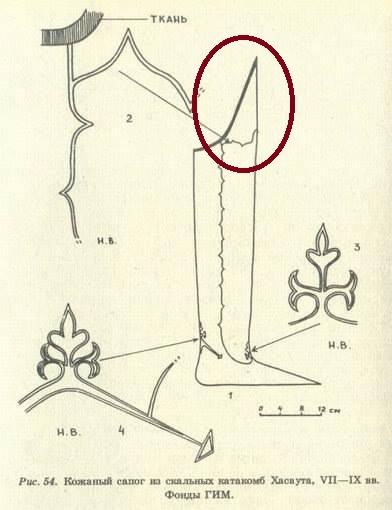 Two Hungarian shoes from Derecske and Dimitrievka show us that footwear was also covered with silk. Silk covered footwear are known from Sogdiana and China from the 8-10th centuries. 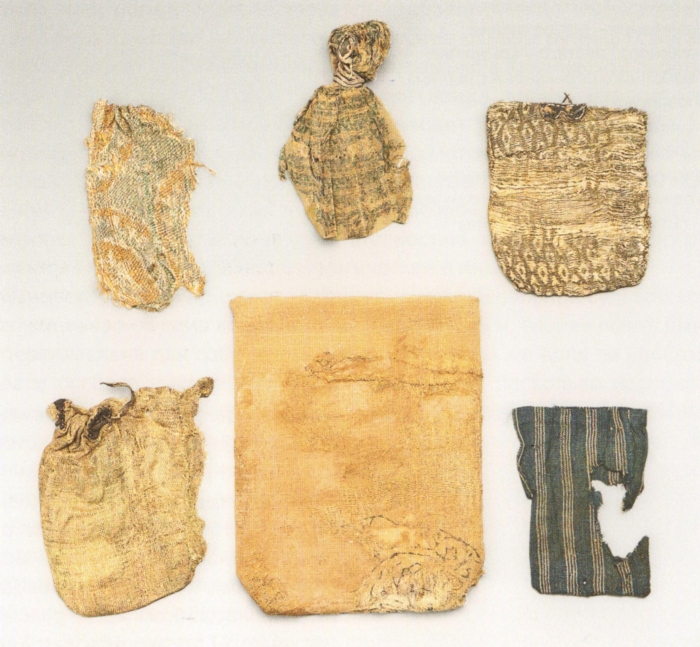 We know lots of pouches from Moshchevaya Balka what was made from silk. Several of them are amulet holders. The most interesting one is a leather toilette pouch with silk bordering. It contained a comb and a metal mirror. 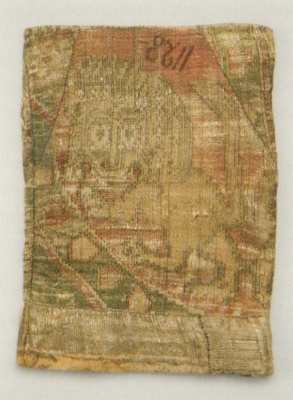 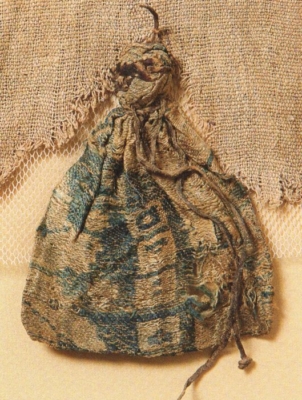 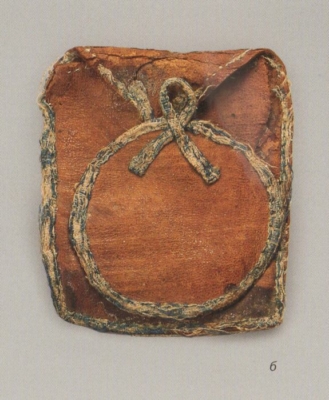 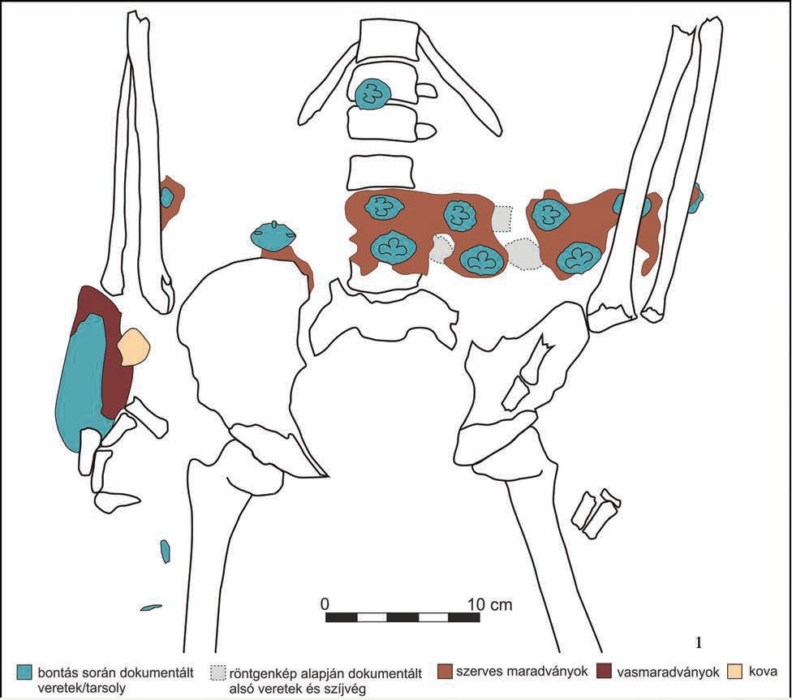 There is an exceptional and really unusual belt from Bugyi, Hungary. The base of the 7-8 cm wide belt was birchbark, what was covered with silk. It also had gilded silver mounts on it. 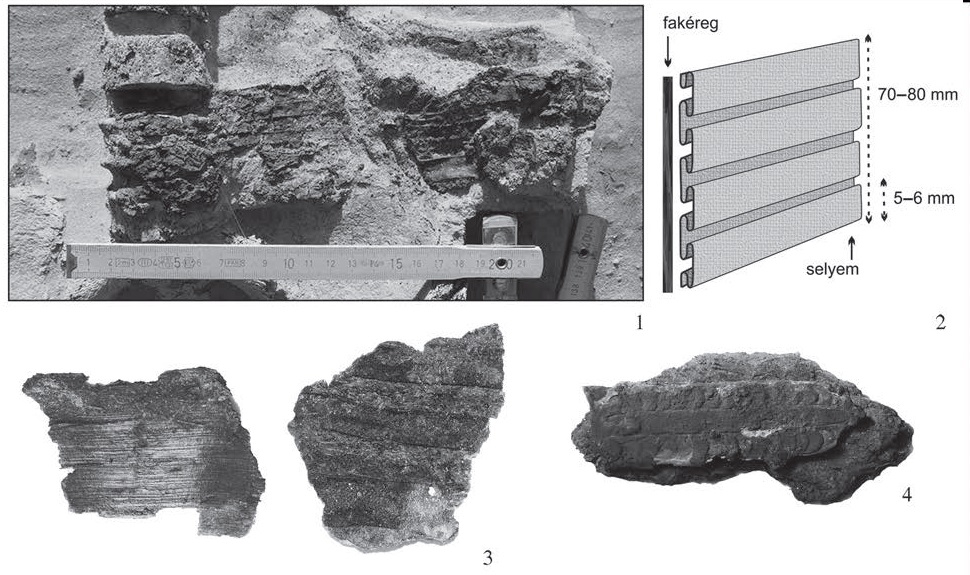 Ibn Fadlan notes that the ruler of the Volga Bolgars have a throne what is covered with Byzantine brocade. 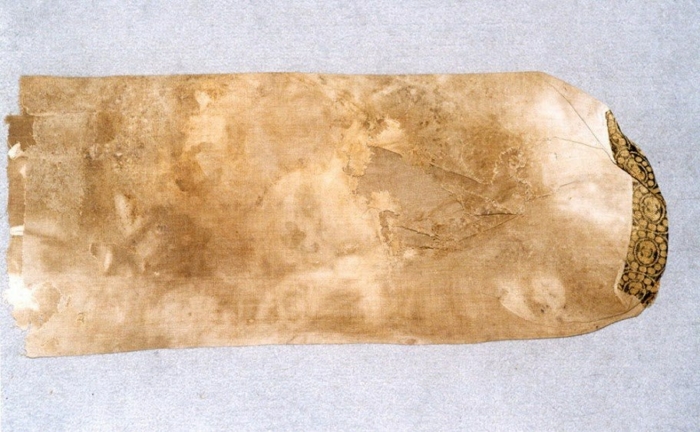 From Moshchevaya Balka we know pillow what was decoratd with silk.

In the Afrasiab fresco the Chinese ambassadors holds a bolt of silk what he brought as a gift to King Vakhurman. Idn Fadlan brings silk robes with him to the journey and gives to rulers as a gift and to secure their journey and let them pass. 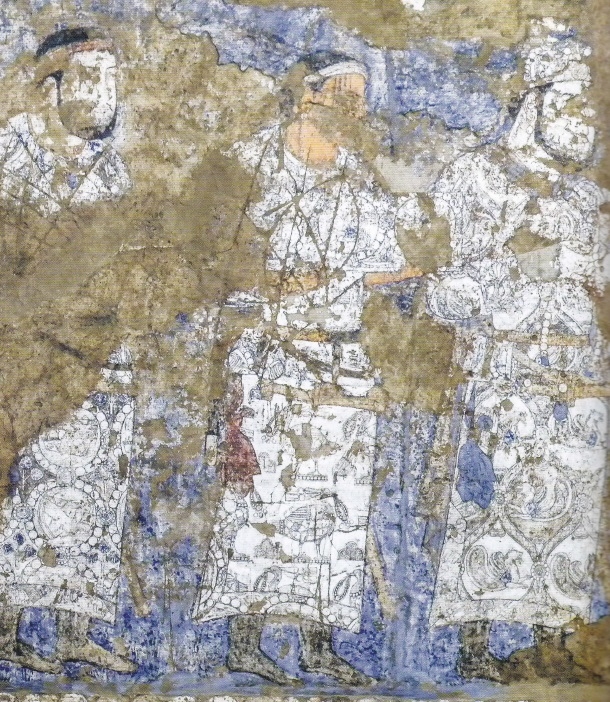 On the book: When Silk was Gold we can find the following about the diplomatic role of the silks: “They were given as imperial gifts, and they were always among the offerings bestowed upon and received from diplomatic embassies. As highly coveted commercial goods, richly woven and embroidered silks were transported across vast distances to ports as remote as Alexandria and Venice. Moreover, tribute was frequently paid in the form of silk-and-gold textiles. Not only did silk designs incorporate current decorative motifs and themes, but because they traveled so extensively, silks played a particularly active role in the movement of motifs and styles from one region to another.”

In Chinese sources, it occurred that soldiers got their salary in the form of silk. 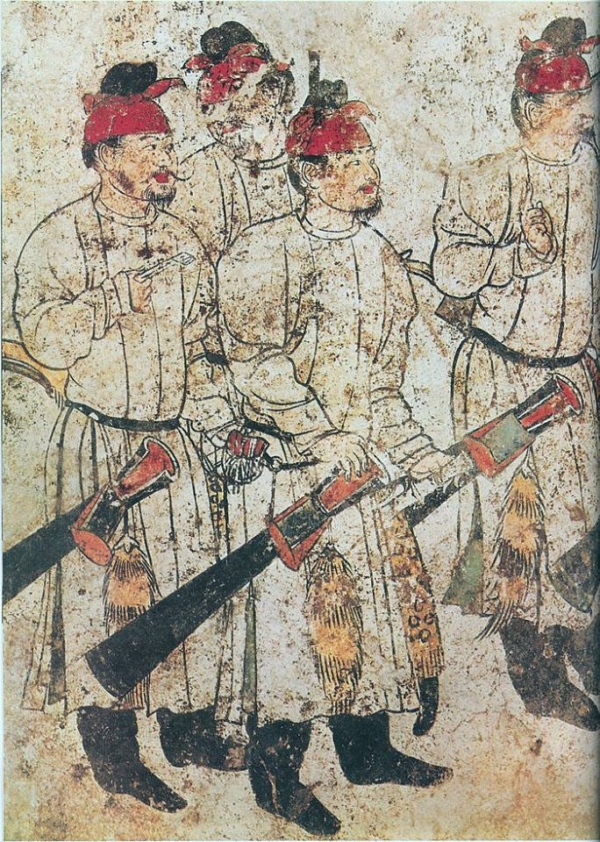 After this the roles changed, the middle of XIth century the Xia defeated the Songs, who had to pay 153 000 bolts of silks to them in each year.

“As in previous dynasties, silk became a valuable instrument in Song foreign relations. Along China s frontiers, Chinese silk was so highly prized that foreigners refrained from belligerent or provocative acts in order to obtain it, and silk became a weapon in China s foreign relations arsenal. Repeatedly, silk was offered to foreign rulers as a means of averting attack. In 1001, the Song presented the khaghan of the Uyghurs, who now inhabited the regions west of the Tanguts (present-day Xinjiang), with a brocade robe, a gold belt, and 200 bolts of openwork brocade. A decade later, it offered 500 robes and a gold belt to the khaghan, 400 robes to his mother, and 200 robes to his chancellor.” – When Silk was Gold

Masūdī writes about the Magyar-Pecheneg pillaging on the Balkan 934:
After killing or taking prisoners [everyone they met] on their road in the countryside, the meadows and the villages in which they had entered, they came under the walls of this city, where they camped for about 40 days, exchanging fallen women and children in their power against fabrics or brocade and silk clothing. 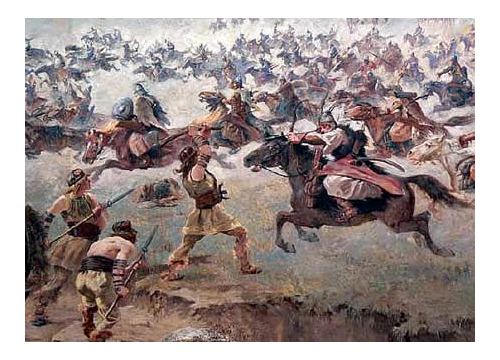 We know that our list could not be complete. We are sure that we definitely missed some ways how this fabled material was used for in the Early Medieval era.

On the next article, we will bring some examples from the Early Medieval reenactment about the proper usage of silks.

Coming next: Silk in reenactment