Silk in the Early Medieval I. – History of the silk 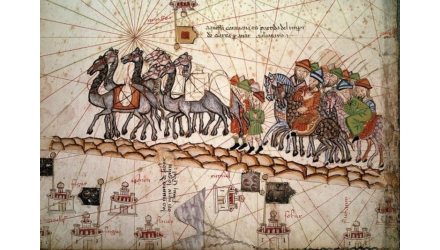 Ferdowsi the Persian poem wrote his great epoch the Shahnameh (Book of Kings) around 1000. He wrote about the deeds of Sassanid kings and mix it waistly with the Sassanian mythology. At the beginning he wrote how the first kings crafted essential items for the world. Around here we read about the creation of silk.

"He first wrought arms and oped for warriors
The door of fame. His Grace made iron yield;
He fashioned it to helmets, hauberks, breastplates,
And coats of armour both for man and horse.
His ardent mind achieved the work and made
Good store in fifty years. Another fifty
He spent on raiment fit for fight or feast;
And made of spun and floss silk, hair and cotton,
Fine fabrics, cloth of hair and rich brocade.
He taught to spin and weave, and when the stuffs
Were made he showed men how to full and sew them
Then to the joy of all he founded castes"

But our story starts not here. 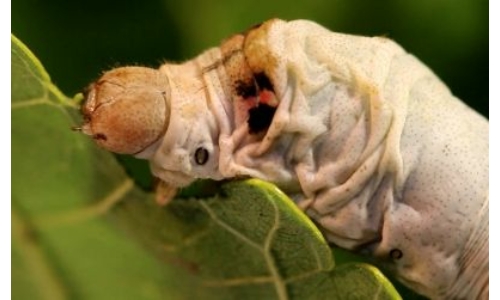 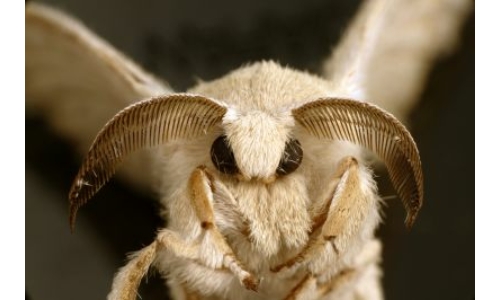 This „majestic” creature, the silkworm (Bombyx mori) is responsible for the fabled material of what we know as silk. During its transformation from bug to caterpillar, at the right moment the cocoon is boiled in hot water, and after this procedure from the cocoon we can spin the silk thread. 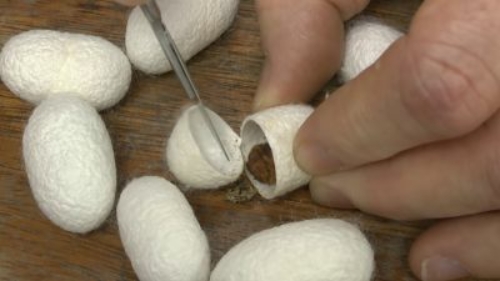 The history of this precious fabric leads us back to the Ancient China. The earliest archeological finding is from a neolithic site, and it is 8 500 years old. This is not exactly the silk we are dealing with, this is a so-called wild silk. The product of sericulture of the Bombyx mori also started its journey from China. From here, we have the first intricately woven archeological finds as well, what dates to the middle of the 1st millennia BC. Chinese were the first users and producers of the fabled fabric. They managed to keep the production method in secret for a couple of centuries.

But around BC 200 the secret slipped out from their hands and nations around them started their own silk production. Koreans, Japanese, and in the middle of the IIth century AD, India also started to professionally produce silk.

The famous Silk Road wasn’t really a road, where silk was transported, but a network of multiple routes for trade of all kind of goods. The Western end of this trade network was what we know as the Levant trade route. Thus, we even could consider the British Islands to one of the most Western point of the Silk Road.

With this trade complex, Chinese silk first appeared in Europe in the Roman Empire, where it was (of course) a highly appreciated material.

The Eastern Roman Empire was the next step of the spreading range. In the VIth century, Emperor Justinian managed to get the secret of sericulture. He smuggled cocoons from India, with monks, who hid the cocoons in their bamboo canes, and thus Byzantine silk was born.

Like others, they tried to keep the silk production knowledge in secret. In their silk „factories” all the workers were women, who could not leave their workplaces or move to live elsewhere without permission. Like the serfs.

Like the others, Byzantium preserved the secret for a couple of centuries. At the end, it wasn’t leaked from their hands, but Muslims brought the secret towards to Europe. By this sabotage, sericulture started in Italy and in Spain in the XIth century. But that is the story for the High Medieval, what interest us is the silk in the Early Medieval Period.

From where silk came to Europe?

So in the period what interests us, there were these sources to obtain precious silk: According to the archeological finds from the Early Medieval times we can count with three big silk supporter regions to Europe: China, Central Asia with Persia (or Eastern Early Islamic silk), and of course Byzantium. 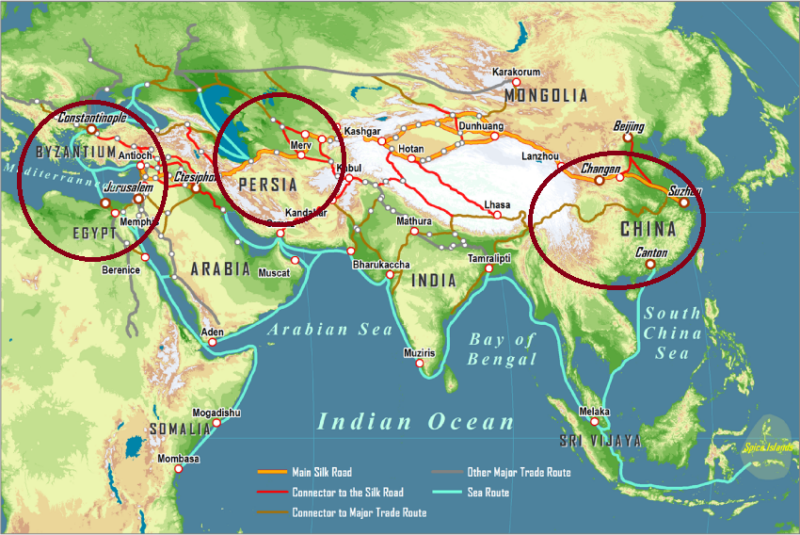 On the next articles we will investigate some interesting sites and regions where from we have knowledge about the use of silk: Scandinavia, the Kievan Rus, the Caucasus and the Altai mountains.

Coming next: Silk for Vikings.