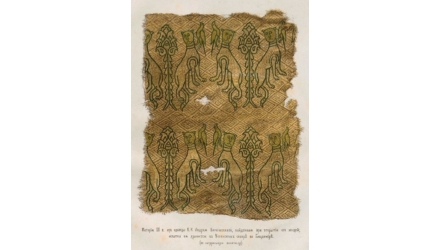 Diamond patterned silks were popular during the Middle Ages. When talking about diamond pattern, it is not really a pattern what they made because of the figure, but it was a weaving method with the result of the material consisting little quadrilateral figures on its surface.

Diamond twill were a typical Chinese weaving method, thus we can consider these finds as imports from Chinese territories.

We can find large amounts of diamond silks, for example in Moshchevaya Balka. 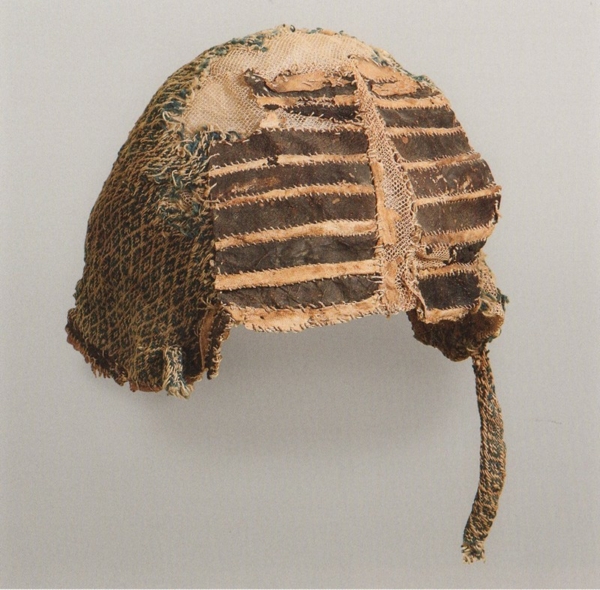 Cap made from diamond twill silk from Moshchevaya Balka

Caftan made from diamond twill silk from Moshchevaya Balka 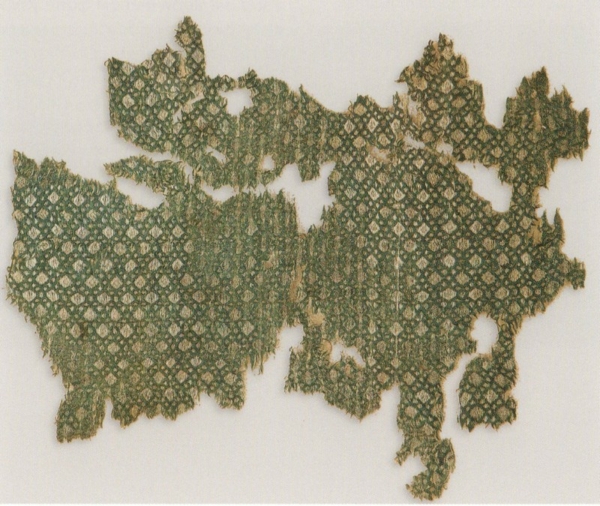 We have an example of a diamond twill textile from Oseberg as well. However, it isn’t clear if it is a silk or other material. 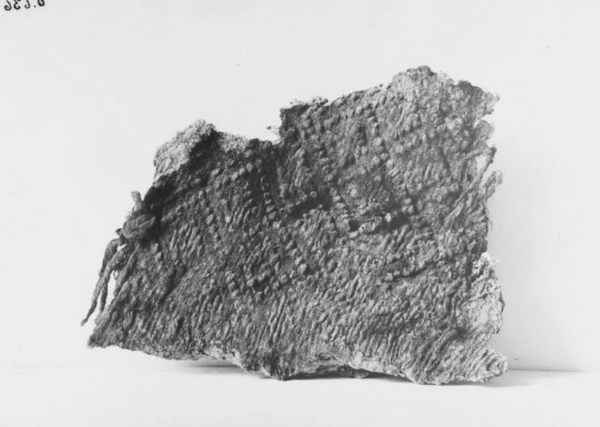 Interesting example, a patterned silk with diamond background from Vladimir, Russia. It is dated to the XIIth century. The bird and cat-like animal pattern with ornaments are likely embroilments on the diamond twill silk. 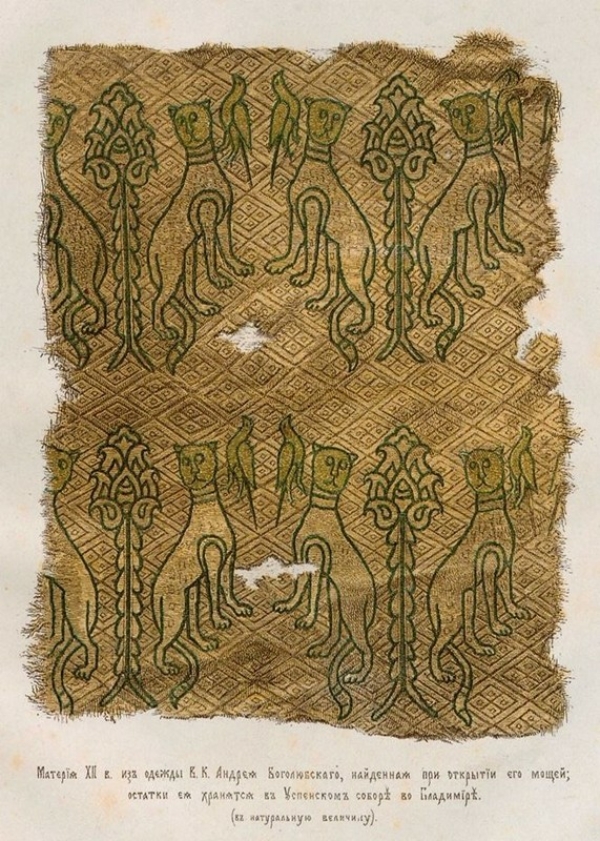 We know examples of such silk finds from the Sogdian and Turk territories as well from the Early Medieval period.

Diamond twill silk from Turk grave from the Altai

One of the most fascinating finds in connected with diamond silks are these shoes made or covered with the material. Belonged to the wife of a royal family member in the Southern Sog dinasty. The couple’s tomb was built in 1196, was found intact with an array of silk product near Taizhou, Zhejiang province (China) in 2016. 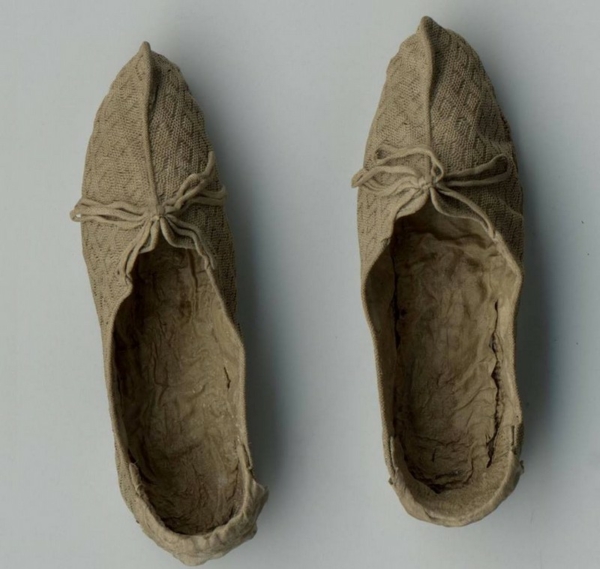 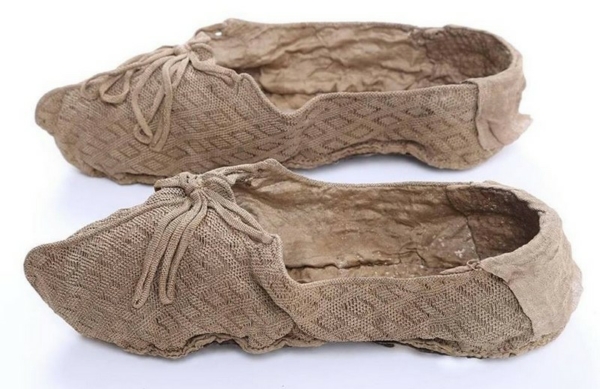 Sources:
Ierusalimskaja, A. A.: Moshtcevaya Balka, An unusual archeological site at the North Caucasus Silk Road. St. Petersburg 2012.
Kubarev, G.V.: The culture of the ancient Turks of the Altai (on the basis of burials). Novosibirsk 2005.
Eran ud Turan