Boar’s head pattern are a really popular motif in the Early Medieval. We are able to find it in several sources: pattern woven silk fragments, embroidements, wall frescos and stone carvings. The motif likely comes form Central Asia. It deifnately reached Europe as well. We have evidence for the motif was used of decorating a pottery in Avar context.

As Friedrich Spuhler, author of Pre-Islamic Carpets and Textiles from Eastern Lands mentions:

“The head of a wild boar with its menacing tusks was a highly prized trophy; it is therefore plausible that it could have been associated with royalty and is often used as a motif on pricely garments.”

Other theory connects the boar with Bahram a.k.a. Verethranga, the Old Iranian god of victory. According to the Encyclopedia Iranica:

“Boar figures are widespread in Sasanian art and occur in stucco and on silver, textiles, and seals. … It has been argued that this figure represents Bahrām in his most ferocious aspect, for in this form he accompanies Mithra in Yašt 10.70; and in his own Yašt 14.15 his strength as a powerful attacking boar is well emphasized.”

The base of our reconstruction is the fragment from MET museum:

VIIth century
Garment of an oarsman with boar’s head motif.
Relief-carving on the left wall of the Taller Grotto, Taq-i Bustan, Iran.
Source of picture and text: Friedrich Spuhler: Pre-Islamic Carpets and Textiles from Eastern Lands 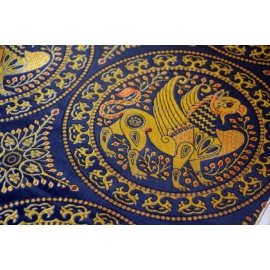 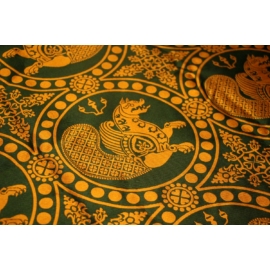 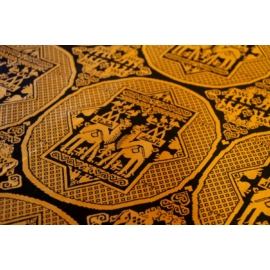 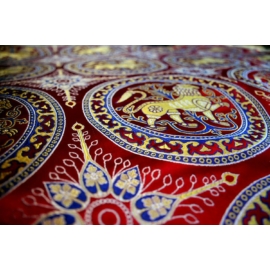 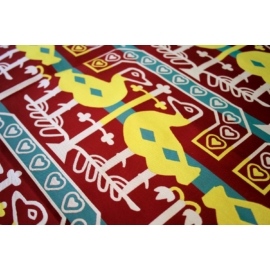 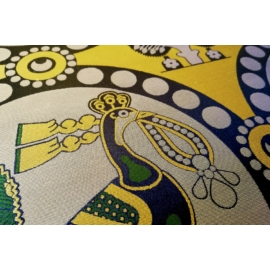 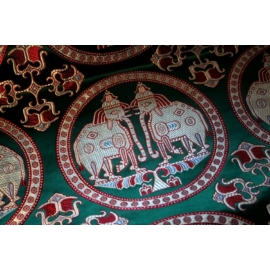